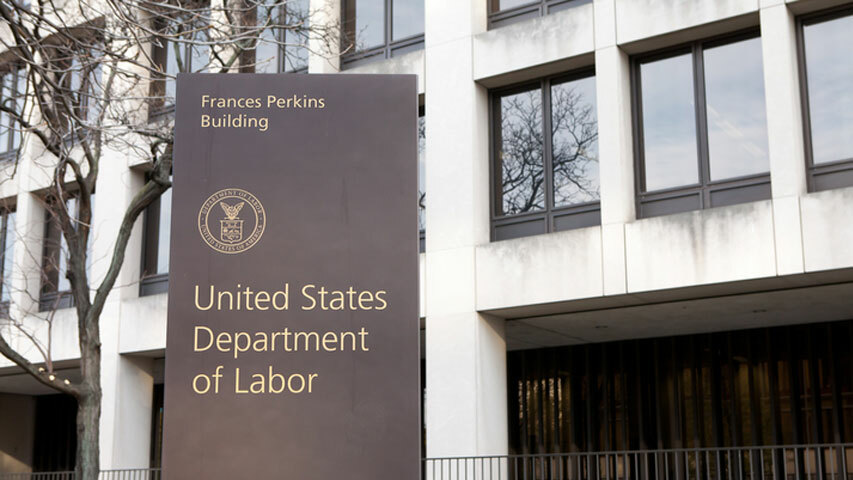 The Department of Labor collected $322 million in back wages for workers in fiscal year 2019, eclipsing its record for the second straight year, according to figures the agency announced Oct. 28.

The majority of the DOL Wage and Hour Division’s collection came from cases in which employers were found to have failed to pay time-and-a-half overtime for hours beyond 40 in a week—$186 million in recovered wages—or at least the federal minimum wage of $7.25 per hour, or $40 million. The numbers, which the agency posted online, come from fiscal year 2019 ending Sept. 30.

“Through rigorous enforcement and robust compliance assistance, the U.S. Department of Labor is committed to ensuring that workers receive the wages they have earned,” Labor Secretary Eugene Scalia said in a statement. “These record-breaking numbers top the Department’s totals from last year, which also set records, and confirm our ongoing commitment to strong enforcement and to providing employers with the tools they need to comply with the law.”

The new figures come one year after the department announced it had recovered $304 million in fiscal year 2018.

The latest data was released as new Administrator Cheryl Stanton is issuing a series of organizational and policy changes at the division. Many of those revisions could alter the manner in which her staff conducts investigations. In August, she issued a wide-ranging bureaucratic reorganization that gives political appointees more control of operations.

Shortly after she was sworn in April 29, Stanton emailed staff to revoke their previously delegated enforcement power until she had personally approved each action. She has since been gradually restoring certain authorities to her subordinates, including the ability to subpoena companies for evidence in wage-hour investigations, while issuing a policy to step away from other Obama-era enforcement tools.

“We are delivering more back wages for workers than ever before, and we are steadfastly eliminating any unfair economic advantage employers may try to gain by skirting the rules,” Stanton said in the DOL statement. “We are protecting those who do the right thing, pay their employees what they have legally earned, and operate in compliance.”

Despite the record-setting year, the agency’s wage enforcement priorities are currently the subject of a Government Accountability Office probe.

The Labor Department is finalizing a new rule that would make some 1.3 million workers newly eligible for overtime pay.

Our infographic highlights how overtime can hurt healthcare organizations and how to keep it under control.

How To Manage DCAA Compliance

Learn how to maintain compliance as a Defense Contract Audit Agency (DCAA) contractor.