West Air Group initially used Excel to schedule 30 employees at a single location. After the merger with Atlantic, they started looking for other staff scheduling options. Anna Ingvert, who is in charge of line administration and scheduling for West Atlantic, recalls that the greatest obstacle was that Excel didn’t allow her to add all critical information that the schedules demanded.

She eventually developed a code system to help her incorporate shift and employee details, but the code system turned out to be so complex that the employees were having a hard time deciphering it.

Not only that, but the more data she entered into Excel, the longer it took to finalize the schedules. The spreadsheets responded very slowly and ended up crashing regularly due to the number of details included in each cell.

I then had to create another Excel sheet to explain all of the codes that I was using.

When West Atlantic deployed Humanity in 2014, Ingvert was finally able to generate shifts that were as specific and detailed as she needed them to be. This was particularly valuable for scheduling engineers, who are often sent to different locations to repair and maintain aircrafts. Humanity makes it easier to notify employees about their working hours and locations.

“Being able to see the exact working hours helps me a lot because I wasn’t able to do that in Excel. It also helps to get the staff paid more accurately,” Ingvert said.

The positive impact of deploying Humanity was noticed across the company, even beyond staff scheduling. For instance, leave management system used to be very complex, with sick leave and time off policies differing in countries where West Atlantic operates. Humanity’s reports dramatically simplify the process.

“The HR team used to have to write down all of the leave information on a piece of paper. Now we just print our leave reports from Humanity and send them to HR so that they have all necessary information on the leave types the employees have taken, so they can be paid accordingly,” Ingvert explained.

Staff using the app helps schedulers learn more about it

You find out about new features in Humanity very often, especially with employees having questions for me. Then I have to go in and learn something new that helps me use Humanity more thoroughly. 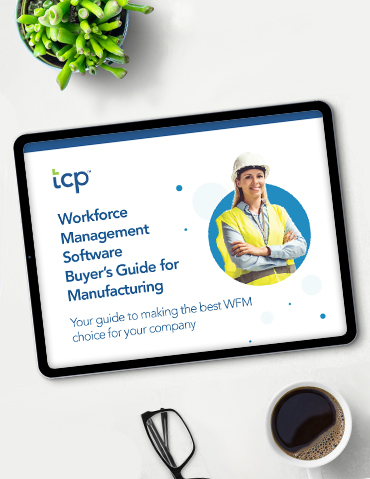 TCP guides you through key steps to help identify what to consider and who needs to be involved when selecting WFM software for manufacturers. Strategic Remedies for the Great Resignation

Find out what over 300 leaders told us about employee engagement and burnout in their workforce amid The Great Resignation. Find out what more than 300 business leaders told us about employee burnout, its impact on the workplace and what they are doing about it. See It In Action

Learn live how you can empower your people with proven workforce management solutions.