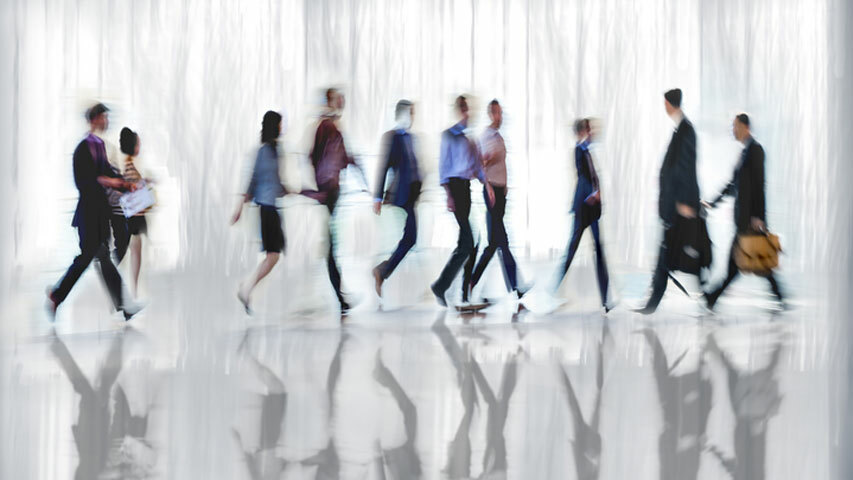 Laws that may be proposed in 2020 include ones prohibiting appearance discrimination, setting limits on pre-employment drug testing and requiring predictable scheduling. Employers also can expect more business-friendly decisions from the National Labor Relations Board (NLRB).

"Paid leave appears to have support that transcends red/blue political lines," said Robin Shea, an attorney with Constangy, Brooks, Smith & Prophete in Winston-Salem, N.C. "The biggest difficulty with paid leave does not appear to be the concept but in determining how to pay for it. This seems to be the main reason Congress has not been able to adopt a federal paid-leave program" for the private sector.

As of Jan. 1, paid family and medical leave benefits became available to employees in Washington. The law applies to most employers in the state, though employers with fewer than 50 employees need not pay the employer portion of the premiums.

Also as of Jan. 1, Nevada now requires private-sector employers to provide employees with up to 40 hours of paid leave per benefit year for any reason.

Employees will become eligible for paid-leave benefits in Washington, D.C., beginning July 1, 2020, and employees will fund Connecticut's new paid-leave program by contributing 0.5 percent of their income via a mandatory payroll tax, with contributions commencing in January 2021.

As of Jan. 1, 2023, a paid-leave law will take effect in Oregon, providing 12 weeks of paid leave to virtually every employee in the state.

The Society for Human Resource Management (SHRM) believes that the U.S. must have a 21st century workplace flexibility policy that works for employers and employees alike, helping both meet work/life and organizational needs.

The Equal Employment Opportunity Commission has challenged grooming and appearance policies for targeting certain hairstyles associated with race, and such policies are facing increased scrutiny from courts.

"A new trend we are seeing is limits on pre-employment testing," said Kathryn Russo, an attorney with Jackson Lewis in Melville, N.Y.

Employers don't have to tolerate on-the-job impairment. "What we see most is the protection of off-duty use of marijuana," said Jennifer Mora, an attorney with Seyfarth Shaw in Los Angeles. There are so many new developments involving drug testing and marijuana use, Russo noted, especially in places where recreational use is legal. "It's a challenge for employers to keep up with these laws because so much is happening all the time."

"Predictable scheduling is really an undeniable trend across cities and states," said Jeff Csercsevits, an attorney with Fisher Phillips in Philadelphia. "And the patchwork of laws is creating a challenge for employers."

Among other things, these laws protect workers in certain industries—typically retail stores and restaurants—from last-minute schedule changes. San Francisco was the first city to enact a predictable-scheduling law in 2015, and Oregon was the first state in 2017. New York City, Seattle and other locations followed suit, and cities such as Chicago and Philadelphia have laws taking effect in 2020.

A 2017 decision by the NLRB outlined the process for evaluating whether seemingly neutral employment policies are permissible under the National Labor Relations Act, which allows workers to engage in concerted activity and discuss wages and working conditions.

Such policies are commonly found in an employee handbook, noted David James, an attorney with Nilan Johnson Lewis in Minneapolis. In particular, the NLRB created a balancing test intended to weigh a policy's impact on employee labor rights against the company's legitimate business reason for the rule.

"More recent decisions indicate that the board is taking an employer-friendly view of that decision," James said. For example, in October 2019, the board upheld confidentiality and media-communications policies. While the policies at issue could have been read expansively, the board's majority reasoned that the employer's use of examples within the policies demonstrated that it did not intend wide interpretations, and reasonable employees wouldn't interpret the policies broadly.

"Looking to 2020, I expect the board to continue to validate handbook policies—particularly those that use examples to clarify their intended breadth," he predicted.

Our guide helps construction business owners and managers understand how to overcome labor and scheduling challenges with workforce management software.

Everything You Need to Know About Workforce Management for Higher Education

Download this eBook to learn the specific workforce management challenges higher education institutions face and how our TimeClock Plus software can help.

TCP guides you through key steps to help identify what to consider and who needs to be involved when selecting WFM software for K-12 school districts.